Go Back To All Commitment Articles

The Power of Love

How God used marriage to impact my past, present, and future.

I knew marriage could change someone’s future, but I never realized its power over the past … until it transformed mine. God used my husband’s unconditional love to help me overcome a past of rejection and insecurity and renovate my life into one that reflects the glory of His workmanship.

As a teenager, I’d have gladly switched places with Cinderella, even before Prince Charming entered her world. Her crabby stepmom and stepsisters seemed like sweethearts compared to the lineup of bullies I had to face daily at my “Christian” school. Because there were few students, there was no place to hide, no obscure cliques to cling to. You were either “in” or “out.”

My sophomore year, two close friends from the previous year didn’t return. I soon became the ringleader’s target. I don’t know what triggered his contempt. He seemed to sense my insecurity the way sharks detect a drop of blood in the ocean. He started picking on me, and his buddies followed suit. Three torturous years began. More than just teasing, this was a campaign to destroy my self-confidence and security.

They drew caricatures of me on the chalkboard and on notes to pass. They mimicked my every word, mocking my voice. They scrawled derogatory nicknames of me onto tables. Every class, field trip, P.E, and recess brought fresh misery. Some of them attended my church and harassed me there, too.

I could never relax. Even if they turned their teeth in other directions—toward someone short, new, overweight, or scholastically challenged—they always came back, like cats toying with a dead mouse. And lifeless I became. I couldn’t get them to stop, though I tried everything: asking/telling them to quit, being nice to them, pretending it didn’t bother me, telling a teacher, praying ….

When God didn’t answer my prayers, I started doubting Him. I had asked Jesus to be my Savior when I was ten, but felt that He no longer cared. If God shut the lions’ mouths for Daniel, why wouldn’t He silence my attackers?

I never told my mom what was going on. She had been the darling of her large school—beloved by teachers and classmates, voted Carnival Queen and first runner-up for Homecoming Queen. I felt embarrassed for being such a loser.

Even winning the state and regional spelling bees my junior year didn’t change anything. The guys made cracks like, “She must have been the only one competing.”

A change of scenery

After graduation I was ready for a new life, but couldn’t shake the fear that rejection would follow me. I decided to become a missionary. Everyone knew missionaries were really close to God. They had it all together, and people looked up to them because of their spirituality.

I enrolled in a Bible College, hoping that my insecurity would fade, and that I’d change into a capable, lovable person—valuable to God and to mankind.

I met Jake the first week because he was a missions major, too. Though he didn’t seem like my type, he was always there when I needed something: a ride, directions, or just a friend to talk to.

I remained guarded with peers. I wanted to be friendly, but didn’t know how to connect with them—to reach out or open up. One of Jake’s friends even said, “It seems like she’s in her own world. Why is that?”

After Jake and I started dating, his roommate pressured him to dump me and “play the field.”

Jake refused. “I’m happy with the girl I have,” he said, “and I’m going to stick with her as long as I can.”

Later Jake told me that when he first saw me, he had a sudden, strong impression: I want to marry her. Please, God, can I marry her?

As time passed, Jake became an important part of my life. We studied together, worshiped together, and recreated together. We had great trips to the zoo, mall, and other local attractions. We showered each other with stuffed animals, balloons, and flowers.

Echoes from the past

Even though we had a great relationship, deep down, I didn’t completely trust Jake. Voices from the past still whispered, You’re a loser. Nothing good will ever happen to you. He’ll eventually hurt you.

Jake and I would do fine until my jealousy, defensiveness, or over-sensitivity would flare. If he hurt my feelings, I’d lash out at him. Later, I’d wonder, What was I thinking? What’s wrong with me? Then I’d try to make amends.

One such episode began with a simple game of Ping-Pong. He usually won, but I was improving. I finally managed to beat him, and I was elated until he said that he had let me win. I didn’t believe him. I was sure I’d won, fair and square, and that his ego was unable to accept defeat. I reacted so horribly that later I thought, It’s over. There’s no possible way we can ever recover. It was too ugly. I’ll apologize, but I know this is the end of our relationship.

When I found Jake, I was too choked up to talk. I covered my face because I didn’t have a tissue and needed one. I still can’t believe what he did next.

He looked at me and tenderly said, “I would lick the snot off your face.”

He hugged me, and I realized at that moment what it is to be loved. Jake had seen me at my worst, and still treated me as though I deserved the best. The value he assigned me wasn’t based on my performance.

We became engaged soon after.

I’d like to say that, like Cinderella, I was instantly transformed from sooty waif to shining princess. Actually, the ashes fell slowly, cinder by cinder, as time passed. Conflicts came, (I suppose Prince Charming never cared whether the milk in the fridge was skim or whole), but so did growth.

A growing relationship with Christ

I had lots of knowledge about God, but didn’t feel His nearness. Whenever I tried to pray, I’d keep apologizing.

God, I’m so sorry for everything I do wrong.

Then I’d name all of my shortcomings. I’d read the Bible out of duty rather than delight, hoping to feel more spiritual.

I knew these feelings couldn’t be right, so I asked God to help me know Him as He really is. Soon after, the Spirit of God spoke to my heart: God loves you even more than Jake does.

I clung to this truth and repeated it whenever I struggled to enjoy time with God. Eventually, I was able to grasp the reality of God’s love. I began letting Him change me. I realized that He’d always loved me—even during the most painful times. He brought Jake and me together, knowing that Jake would live out Ephesians 5:25, “Husbands, love your wives, just as Christ also loved the church and gave Himself up for her …”

Being loved this way changed my past, present, and future.

Back to the present

Memories of past ridicule and rejection no longer sting. I value God’s opinions over those of a few misguided bullies, and I’ve discovered that I’m precious to Him: I’m His treasured daughter, with an eternal inheritance, because of Christ’s atoning death and resurrection (2 Corinthians 6:18; Colossians 1:12; Romans 5:8).

I pity those who enjoyed hurting me and others. I hope they have repented and entered into a right relationship with God.

In our fifteen years of marriage, Jake and I have faced closed doors and open doors, challenges and blessings, painful times and peaceful times. We feel secure in our relationship with God and with each other.

I once asked Jake, “How could you have loved me the way I used to be—with all that baggage and those mood swings?”

He replied, “I saw your potential. I knew you had a tender heart and could care deeply. It was just a matter of time.”

What he said to me reminds me of this cheap, mashed car he bought a while back. It was totaled, with glass shards and bloodstains on the seats, but it had a working engine and low miles. Jake saw potential in it. He did the entire repair himself. He put in a new transmission and front clip, and then painstakingly sanded and painted it—a complete restoration.

One day, a woman at church saw it in the parking lot and asked, “Who owns that beautiful Park Avenue?” I felt proud of Jake’s work.

That’s also how I feel about the way God worked through Jake when anyone compliments me: Thankful for Jake’s patience, and for the way God works in each one of us, repairing and restoring, fixing us so we can serve Him. As Ephesians 2:10 states, “For we are His workmanship, created in Christ Jesus for good works, which God prepared beforehand that we should walk in them.”

© 2012 by FamilyLife.  All rights reserved.  Used by permission of author.

Looking for More on This Topic

Spouse or Children: Who Comes First?

Kids often take up most of our physical, emotional, and spiritual energy. But when it comes down to it, who comes first, spouse or children?
Read More

My Friend’s Parents Are Divorcing. How Can...

It’s a myth that the older the child of divorce is, the easier it becomes. If your friend’s parents are divorcing, here are some ways to help.
Read More 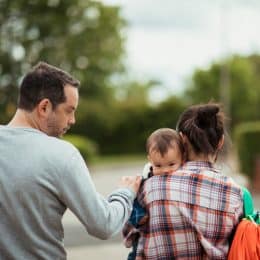 Holding on When You Can’t Hol... 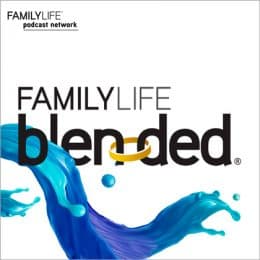 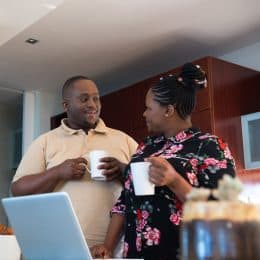