Go Back To All Resolving Conflict Articles

Tired of Fighting About the Same Things?

Here are three principles that can help you address the issues that keep popping up to disrupt your marriage relationship.

It finally came to a head one evening when I was making dinner. Noreen was going out with some friends, and I was cooking the one thing I know how to make: over-easy eggs. With one egg on my spatula, I turned toward the table, and Michael held up his plate and said, “Throw it, Dad!” I thought to myself, I can do this.

In one motion I tossed the egg. Noreen turned the corner just in time to see the egg miss the plate and hit our hardwood cabinet, splattering egg yolk everywhere.

The kids gasped, and Noreen’s eyes met mine with a look of Oh no you didn’t. Without thinking, I said, “Michael told me to do it.”

When it comes to dinnertime etiquette, what’s permissible and what’s not? This is a running disagreement Noreen and I have had since we started having kids. I like to have fun at dinner—laughing until milk rushes out of my nose fun. Noreen isn’t opposed to having fun, but she wants to raise gentlemen. She’s terrified at the thought of our boys eating in public or at other people’s homes.

This one issue—what’s appropriate behavior at the dinner table—has caused more turbulence in our marital communication “climate” than any other issue. Really, consider how often you eat dinner.

Relational experts break marital conflict into two broad categories: conflicts that can be resolved and conflicts that can’t and are perpetual. What are the types of issues or conflicts that fall in the irresolvable, perpetual category? You are a spender; your spouse is a saver. You like to have a nice clean house; your spouse has a greater tolerance for clutter. You like to plan your vacation to the last detail; your spouse likes to be spontaneous. You are more interested in sex than your spouse is. Your spouse wants your daughter to play on a travel sports team, while you want her to focus more on school. What makes these issues irresolvable is that no one is clearly wrong or right.

What makes grappling with these reoccurring problems so difficult is the tendency to push back against our spouse’s attempt to resolve the issue in her or his favor. For instance, the more Noreen tries to establish manners at the dinner table, the more I push back and become more carefree. The more she sees me goofing off, the firmer she is with etiquette. Meanwhile, the communication climate diminishes, making it harder to talk effectively about our differences.

Using our reoccurring struggle with dinnertime behavior as a test case, here are three principles that can help you address the issues that keep popping up to disrupt your own marital climate.

More communication is not always the solution to our marital problems. Before a couple dives into delicate relational issues, they ought to place a “Weather Permitting” sign above their heads. If the overall communication of the marriage is not healthy, the chance of their conversation being productive is greatly diminished. After taking an assessment of the conflict, the next step is to take a reading of the climate of your marriage and determine if the climate can support the type of conversation you want to have. If it can’t, you need to carefully set out to improve key aspects of your climate.

Principle 2: Begin with the third story.

In their book Difficult Conversations, professional mediators Douglas Stone, Bruce Patton, and Sheila Heen suggest that most of us make a mistake in attempting to resolve conflict with another person by how we start a conversation.

Often, we start from inside our own story. We describe the problem from our own perspective and, in doing so, trigger just the reactions we hope to avoid. We begin from precisely the place the other person thinks is causing the problem. If they agreed with our story, we probably wouldn’t be having this conversation in the first place.

These experts observe that when two people disagree, there are three stories, not two. Every conflict includes each participant’s story and an invisible third story. They say the third story is “one a keen observer would tell, someone with no stake in your particular problem.”

The key to starting a difficult conversation is to begin with your version of the third story. This means describing the problem between you and your spouse in a way that rings true for both of you.

For example, consider the disagreement Noreen and I have over dinnertime behavior. A third story would perhaps sound like this: “Both of us have dreams for our family that include valuing manners and fun. Each of us wants to raise boys who have discernment and understand what is and is not acceptable behavior at the dinner table. We both see dinner as a time of education and family fun. Neither of us is comfortable with how that balance is currently being played out.”

If the third story is told in a manner that acknowledges the validity of both perspectives, it can be powerfully affirming to both of you and help establish a confirming communication climate. Hopefully from my third story you picked up that both Noreen and I have equally legitimate dreams; both value manners and fun, and each of us wants to raise boys who have discernment. The issue isn’t that fun is more important than manners, but one of balance.

A win-win approach assumes that if you and your spouse are willing, there is a solution to your problem that will be mutually satisfactory. At the heart of this approach is compromise. The term compromise itself originates from the Latin for “middle way.”

That’s what a compromise is, isn’t it? A middle way between the two positions currently held by you and your spouse. A middle way is what Noreen and I needed to forge in our disagreement over dinnertime behavior. A compromise meant that neither of us was going to get exactly what we wanted, and we needed to find a middle way.

After much discussion about table manners, we settled on the following win-win agreement. Whenever Noreen makes a formal dinner and we sit down as a family to eat in the dining room, the Muehlhoff men are to act appropriately. That’s not to say we can’t have fun, but it’s a value to us as parents to raise boys who know what proper dinner decorum is. I needed to realize that adding a little correction to dinner didn’t have to inhibit our fun.

It’s extremely important for Noreen to know that I’ve bought into this decision to help the boys learn what acceptable behavior is and that I’m not just sitting by as she does her thing. Conversely, when life is too busy to have a formal dinner and we eat at the kitchen counter or eat while watching ESPN, the atmosphere can get a little crazy and a French fry or two has been known to be launched (eggs are off-limits).

To continue to maintain healthy climates by effectively addressing conflict requires that we learn to embrace God’s forgiveness and pass it on to others. Each of us, sooner or later, will be in the position where we’ll wrestle with the need to forgive those closest to us. Granting forgiveness is often a challenge, but our relationships with those closest to us are well worth the effort.

Taken from Marriage Forecasting: Changing the Climate of Your Relationship One Conversation at a Time by Tim Muehlhoff.  Copyright(c) 2010 by Tim Muehlhoff. Used by permission of InterVarsity Press PO Box 1400 Downers Grove, IL 60515. www.ivpress.com.

4 Ways to Stop Toxic Thoughts During the Hol...

There are plenty of things vying for our attention during the holidays. Toxic thoughts don’t need to be one of them.
Read More

It’s been a tough year on marriages. But make no mistake: happily married isn’t the same as easily married.
Read More

You want to marry your best friend—someone you’d have fun with whether traveling the world or washing your car. But how can you be single and content?
Read More 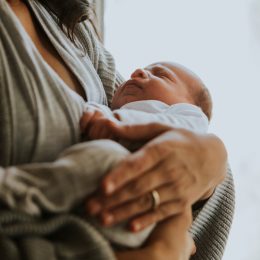 Life with a Baby with Special Needs 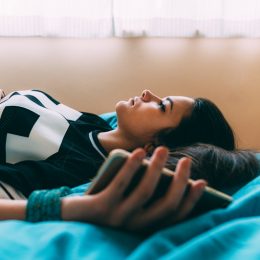 As a Man Thinketh…