Go Back To All Wives Articles

10 Rules for Good Communication With Your Husband

Good communication requires certain rules and guidelines, which are simple in one sense and extremely difficult in another.

Good communication between a husband and wife requires certain rules and guidelines, which are simple in one sense and extremely difficult in another.

Rule #1: There will be no nonsubjects—period.

What is a nonsubject? It’s a subject, for whatever reason, that is understood to be off limits and not to be brought up under any circumstance. Nonsubjects between husbands and wives are not only sad but destructive. They take away from the couple’s chance for intimacy—for a heart-to-heart, soul-to-soul relationship. It takes two very mature people to handle painful subjects, but for the sake of a marriage, nonsubjects must become discussable subjects. Patience is the key—don’t give up until all subjects are open for discussion.

The more difficult something is to hear, the more gently and tenderly it must be said. Honesty without gentleness is brutal. Make sure that what you have to say needs to be said. Pray, asking God to give you wisdom about what to say and when to say it. Remember that men are really very vulnerable.

Rule #3: Timing is everything.

Don’t try to talk about a difficult subject when the house is in chaos. Make a date—go to a quiet restaurant and talk to him after he’s had a good meal. Don’t try to talk when he’s getting ready to drift off to sleep.

Don’t say more than you have to. Give him the bottom line first, then go back and sketch in the details. He’ll understand more of what you’re saying. If he wants more information, he’ll ask.

Rule #5: If he’s not looking at you, he’s probably not listening.

If you see his eyes drifting, it probably means you’ve said too much. He’s lost interest. Get back to the point.

If you’re not willing to say it out loud, let it go. Don’t expect him to pick up your nonverbal hints.

Rule #7: Be as positive as possible.

If you talk about problems all the time, he will tune you out. If you’re positive most of the time, he’ll be more willing to listen when you’ve got a problem (see Ephesians 4:29)

Rule #8: Once you’ve shared your concerns, be quiet and listen.

Don’t’ react; just listen. Your listening will let him know you are not attacking him and you value his input. In James 1:19 we read, “Dear friends, be quick to listen, slow to speak, and slow to get angry.”

Rule #9: When the time comes, be willing to accept correction from your husband.

Don’t be defensive. He must also be allowed to share concerns in a nonthreatening atmosphere.

Give your husband room to fail. Colossians 3:13 tells us to “bear with each other and forgive whatever grievances you may have against one another. Forgive as the Lord forgave you” (NIV). It’s a gift you give to one another.

Adapted from Saying I Do was the Easy Part: Secrets to a Dynamic & Fulfilling Marriage. Copyright 2001 by Theda Hlavka. Used by permission of Broadman & Holman Publishers.

Real Love vs. Fake Love: What Does Real Love...

Wondering if what you have with your significant other is real love? True devotion might not look like you think it does.
Read More 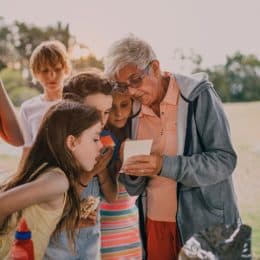 Focus on Your Focus