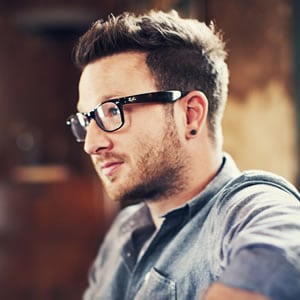 When he was just 22, August cut his teeth in the mainstream industry working with names like Ryan Cabrera, Brian McKnight, Robin Thicke and Babyface and signing with Geffen Records while being managed by Jessica and Ashlee Simpson’s father, Joe Simpson. He toured with and opened for Ashlee, and it was on one of those tours that he finally decided to leave Los Angeles. He’d been living there for three years and felt it was time to head back to Texas and his Christian music roots by leading worship at his church.

Just months later, in January of 2009, August was sitting in his room writing “Starry Night,” an anthem to the God who had rekindled something now burning within him.

His Fervent Records debut, 2010’s No Far Away, cemented his name in the Christian music world and earned the Texas native the coveted titles of “New Artist of the Year,” “Male Vocalist of the Year” and “Pop Contemporary Album of the Year” at the 42nd Annual GMA Dove Awards. That record also spawned the massively popular radio single “Starry Night,” which held the No.1 spot on Billboard’s Christian / AC chart for six consecutive weeks and was the first debut single to reach No.1 on that chart in more than three years.

with Chris August
Singer songwriter Chris August shares the origin of his hit song "Restore", and how God used a joke to produce this. View Show Notes →