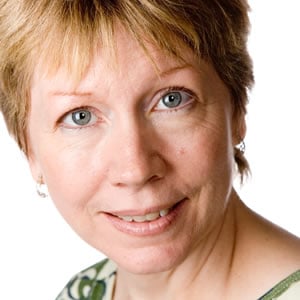 Gracia Burnham is the widow of Martin Burnham and the mother of Jeff, Mindy and Zach.

For 17 years she and Martin served with New Tribes Mission in the Philippines where Martin was a jungle pilot delivering mail, supplies and encouragement to other missionaries and transporting sick and injured patients to medical facilities. Gracia served in various roles supporting the aviation program and also home-schooled their children--all of which were born in the Philippines.

While celebrating their 18th wedding anniversary at Dos Palmas Resort off Palawan Island, the Burnhams were kidnapped on May 27, 2001, by the Abu Sayyaf Group, a militant group of Muslims. They seized several more guests and took them to Basilan Island, an ASG stronghold.

In the ensuing months some of the hostages were killed, but most were set free. From November 2001, only the Burnhams and one other hostage remained in captivity.

During their 376 days of captivity, they faced near starvation, constant exhaustion, frequent gun battles, coldhearted murder-and intense soul-searching about a God who sometimes seemed to have forgotten them.

On June 7, 2002, in a firefight between the Philippine military and the Abu Sayyaf Group, Martin was killed. Gracia was wounded, but was freed.

Since that time Gracia has authored two books, "In The Presence Of My Enemies" and "To Fly Again".

with Gracia Burnham, Jerry Sittse...more
Some of the most moving faith stories have occurred in the shadow of great loss. Jerry Sittser, Lisa Beamer, and Gracia Burnham share their experiences with God in the face of painful circumstances. View Show Notes →