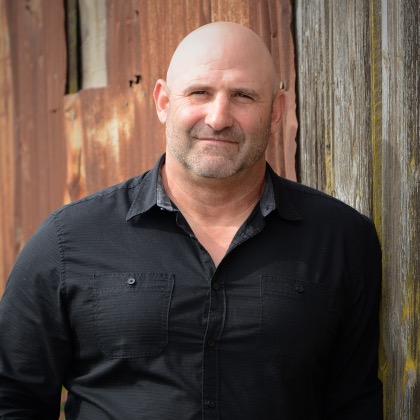 In late 2010, after two decades of full-time local church ministry, Jim sensed his heart for ministry changing. Shortly after God called Jim to resign his church position and launch a para-church ministry for men. He began meeting with 15 men in a coffee shop for Bible study to test God’s call.

The response was so widely successful that in 2012 Jim and his wife Shanna took a step of faith and founded Men in the Arena (www.meninthearena.org) with their mission to build an army of men who are becoming their best version in Christ, and changing their world; because when a man gets it—everyone wins.

Jim is a nationally sought-after keynote speaker, author, and internationally known podcaster whose passionate proclamation of God's word, relational humor, and epic story telling skills will keep you riveted to the edge of your seat.

Jim lives in McMinnville, Oregon with Shanna, his wife and best friend since August 1, 1992. His desire is to live life to its fullest, hunting with adult sons James, Darby, and Colton, scuba diving, exercising in his new garage gym among other things, tropical vacationing with Shanna, and listening to men share their story over a Cafe Americano with light heavy cream.

51: Growing Up in a Blender: Play the Long Game

with Jim Ramos
When blended family variables create tough dynamics to parent through, we might consider giving up on those relationships. In this episode, Ron Deal speaks with Jim Ramos about the importance of playing the long game in your stepfamily. View Show Notes →