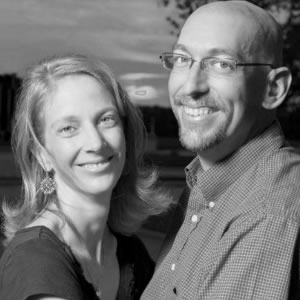 Jon attended college at Taylor University in Upland, IN where he met his wife Shelly. After surviving graduate school for a Ph.D. in Clinical Psychology at UT Southwestern in Dallas and a one-year postdoctoral training in Child and Adolescent Psychology in College Station, TX Jon and Shelly felt the call to become foster parents. The first sibling pair they fostered, a 5-year –old girl and a 3-1/2 year old deaf boy, eventually led to the adoption of the little boy Tanner who is now 13 years old. As a result Jon and his wife have become proficient in American Sign Language (ASL), became an active part in the local deaf community, and co-founded BCS Deaf Church, the only ASL church service in the area. Shelly became a certified interpreter and regularly substitutes as an interpreter in the local deaf education program. She also interprets church services every weekend for her boys. In May of 2010 they received a second calling to adopt; this time internationally, and in record time (4.5 months) adopted a soon-to-be 14 year-old deaf boy, Jian, from China (3 days before he would have aged out).

In May of 2012, Jon closed his 10-year practice as a psychologist with Scott & White Clinic in College Station, Texas and joined Hope for Orphans full-time as director of FamilyCare. Hope for Orphans is a division of Family Life Ministries of Campus Crusade, now CRU, which works to cast a vision and support local churches in doing orphan care ministry. Jon has a heart for providing consultation to couples considering adoption or foster care, and especially those who are struggling with the challenges of attachment difficulties and special needs in their adopted and foster children. Jon also served for many years on the board of the local CASA organization in College Station called Voices for Children. Jon and Shelly, helped to start and lead an orphan care ministry at Grace Bible Church in College Station where they have been attending for the last 13 years, and lead a support group for foster and adoptive families. Shelly is active in supporting other adoptive and foster moms through personal visits, gatherings at the park and Mom’s Coffees. The Bergeron’s have recently moved to Austin, Texas where Hope For Orphans is headquartered, and where their boys can attend Texas School for the Deaf.

Confronting the Realities of Adoption

Called by God to Adopt