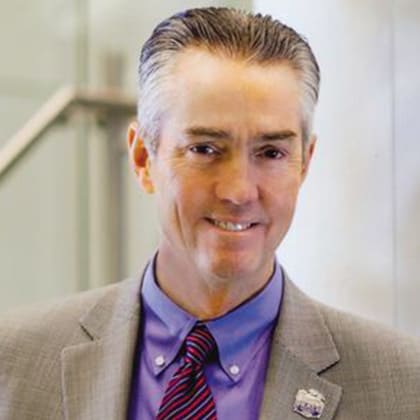 Prior to his work at Chick-fil-A, Steve was the director of marketing for Six Flags Over Georgia® theme park in Atlanta, Georgia, preceded by Marketing Communications Manager at Texas Instruments. Steve began his career at Chick-fil-A as director of marketing. He then went on to serve as vice president of the department before becoming Chief Marketing Officer. He retired from Chick-fil-A December, 2015. In this former role, Steve was responsible for overseeing marketing, advertising, brand development management, menu development and hospitality strategies for Chick-fil-A®.

Steve serves on several Boards … He is currently chairman of the board for FamilyLife (a Cru ministry), FCA-Atlanta, Links Players International, Atlanta Hall Management/College Football Hall of Fame, Chick-fil-A Peach Bowl and National Football Foundation. Steve holds an Associate of Science in business administration from Faulkner State Junior College, a Bachelor of Science in marketing from Auburn University and a Master’s in advertising from Medill School of Journalism at Northwestern University.

Steve and his wife, Dianne, have two children and four grandchildren.

The Secret Sauce to Any Good Restaurant

with Steve Robinson
Steve Robinson, author of "Covert Cows," a book about his 30+ year career working as the chief marketing officer for Chick-fil-A, talks about the secret sauce of the company's success - the people who work there. Robinson explains how he has learned to a good husband and father. View Show Notes →

An Inside Look at Chick-fil-A

with Steve Robinson
Steve Robinson reflects on his long-time history with Chick-fil-A, and the core values of the Cathy family that have kept the family business thriving. Find out what distinguishes Chick-fil-A from all the other fast food restaurants. View Show Notes →