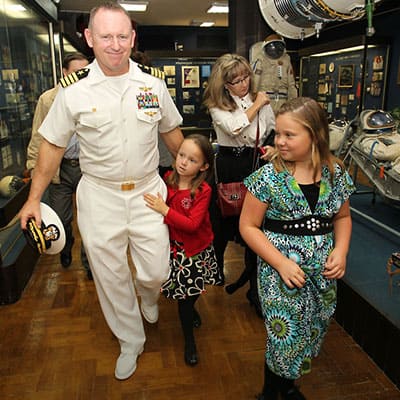 Back on Solid Ground

NASA Astronaut Barry “Butch” Wilmore and his wife, Deanna, tell how they met and how they’ve worked to build their marriage on Christ and the Scriptures. Barry shares how he came to be an astronaut, and Deanna explains how she encourages Butch to step up, especially when it comes to keeping their marriage and family first. Wilmore also describes what it’s like being in space and living and working aboard the Space Shuttle.

Stepping Up In Space

with Barry and Deanna Wilmore
Astronaut Butch Wilmore and his wife, Deanna, talk about the difficult training that's involved in becoming an astronaut. View Show Notes →

with Barry and Deanna Wilmore
Butch Wilmore and his wife, Deanna, tell how they met and how they've worked to build their marriage on Christ and the Scriptures. View Show Notes → 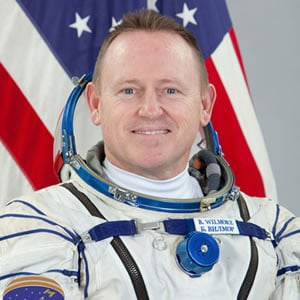 Barry Eugene "Butch" Wilmore is a Captain in the US Navy and a NASA Astronaut with one prior mission aboard the Space Shuttle.

Wilmore attended the University of Tennessee from which he graduated in 1985 with a Bachelor’s degree in Electrical Engineering. He then enrolled in the United States Naval Test Pilot School. As a pilot and Naval Officer, Wilmore completed four operational deployments flying the A-7E and F-46 aircraft based on several aircraft carriers including the USS Forrestal, USS Kennedy, USS Enterprise and the USS Eisenhower. Wilmore flew missions supporting Operations Desert Storm, Desert Shield and Southern Watch in Iraq and he also supported missions over Bosnia for the U.S and NATO. Wilmore holds the rank of Captain in the United States Navy. Over the course of his career, he logged more than 6800 flight hours on tactical jet aircraft and 663 carrier landings. He received a number of medals, awards and honors during his service in the Navy.

Wilmore applied for NASA’s astronaut program in 1998 and was one of 121 finalists, but was not given the opportunity to participate in basic training. NASA selected Barry Wilmore as an Astronaut candidate in 2000 and he reported to Johnson Space Center for two years of basic training and evaluation. Upon completion of his training, Wilmore was assigned technical duties within the Astronaut Office, entering the Propulsion System branch focused on the Space Shuttle Main Engines, Solid Rocket Boosters and External Fuel Tank.

As part of the Astronaut Office, Wilmore worked as Capcom at the Mission Control Center. He also served as the leader of the astronaut support team traveling got the Kennedy Space Center in support of Shuttle launches and landings. As part of training operations, Wilmore received qualifications to serve as a Space Shuttle Pilot and he entered the ISS Training Division for crew support and visiting vehicles.

In September 2008, Wilmore was assigned to the crew of Space Shuttle Mission STS-129 to serve as Pilot on Space Shuttle Atlantis for the 31st Shuttle flight to the International Space Station in support of ISS Assembly and Maintenance.

In addition to internal cargo transfers and ISS outfitting tasks, the STS-129 crew members supported three spacewalks to outfit the exterior of the Space Station by installing antennas, relocating equipment, putting an oxygen High Pressure Gas Tank in place on the airlock, setting up the MISSE experiments and routing a number of cables for future systems.

Atlantis stayed at ISS for nearly seven days, returning to Earth on November 27, 2009 with a safe landing at the Shuttle Landing Facility. STS-129 was the final ISS crew rotation mission, bringing home Nicole Stott after her stint aboard the International Space Station.

After his return to Earth, Barry Wilmore transitioned to the ISS program, beginning specific training for a long-duration mission to the Space Station and flight aboard the Soyuz spacecraft. In December 2011, Wilmore was assigned to the ISS Expedition 41/42 crew and the crew of Soyuz TMA-14M. Joining the crew of Aleksandr Samokutyaev and Yelena Serova, Wilmore will be a Flight Engineer on Soyuz TMA-14M and ISS Expedition 41 before assuming command of ISS for Expedition 42.

In January 2013, the crew passed survival training in winter conditions in a forest near Moscow to train for emergency Soyuz landings in extreme weather conditions. By February 2014, Wilmore was cleared by Russian flight doctors as part of his assignment to the Expedition 39/40 backup crew.

Barry Wilmore is married to the former Deanna Newport. His parents and brother still reside in Tennessee.