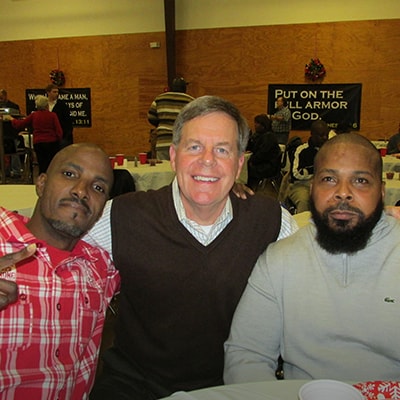 What mentoring opportunities are available to you? Jim Reese, CEO of the Atlanta Mission, tells how he used FamilyLife’s resource for men, Stepping Up, to mentor his sons-in-law. Joining Jim is Pastor Ricky Hall, who chimes in about his experience using Stepping Up at the Potter’s House, a long-term residential discipleship program for chemically addicted men, as well as the Atlanta Mission.

with Jim Reese, Ricky Hall
Jim Reese and Ricky Hall tell about when they took a group of homeless men through Stepping Up, and how these men were impacted and changed for the good of their families and society as a whole. View Show Notes →

A Call to Manhood

Help for the Homeless

with Jim Reese, Ricky Hall
Jim Reese and Ricky Hall tell how the Lord recalibrated their desires and lead them to the Atlanta Mission. Now, God is using them beyond their wildest dreams to give help and hope to hopeless men. View Show Notes → 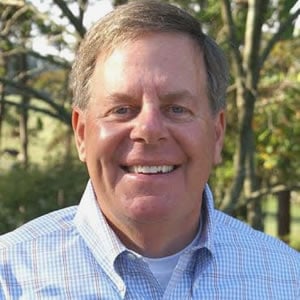 Jim is President and CEO of Atlanta Mission, headquartered in Atlanta, Georgia. He joined the organization in August 2008. His primary focus is to ensure that Atlanta Mission achieves its vision, “To be the premiere service provider unifying organizational and community efforts to positively change lives through a continuum of programs focused on helping poor and homeless men, women and children in the greater Atlanta area.”

Prior to joining Randstad, Reese was Chief Operating Officer for the Honeybaked Ham Company. He was responsible for the company's more than 125 retail stores, as well as its catalog business, new business development, business-to-business services, corporate gift services, real estate, store construction, purchasing and quality assurance.

Reese served as Division Vice President of Operations for Frito-Lay, the $5+ billion Snack Food Division of PepsiCo. In addition to overseeing the company's engineering and quality assurance programs, Reese was responsible for supporting sales in excess of $900 million through eight manufacturing plants, 22 distribution centers, all sales warehouses and the driving fleet. Prior to working at Frito-Lay, Reese managed the General Food's Maxwell House Coffee Plant, in Jacksonville, Florida – "the world's largest coffee plant." In 1989, Reese co-founded the First Coast Manufacturers Association, which today includes more than 300 Florida manufacturers.

In 1980, Reese earned his B.B.A. in Marketing and Business from Western Michigan University in Kalamazoo, Michigan. Reese is a board member of the Atterro Human Capital Group, Chick-fil-A Foundation, Association of Gospel Rescue Missions, Georgia Partnership for Excellence in Education, Growing Leaders Foundation, Matchstic and a past member of the Board of the American Staffing Association. He is also a member of the Downtown Rotary Club and past Chairman of the Elders at Fellowship Bible Church in Roswell, Georgia. He has addressed audiences at Yale University in New Haven, Connecticut and at Western Michigan University, and at various business conferences on a variety of topics including: "The Challenge of Leadership," "Business Ethics," and "Today's Workforce - Current Trends and Challenges of the Future". Reese lives in North Atlanta with his wife, Dina. They have three daughters, two son-in-laws and three grandchildren. 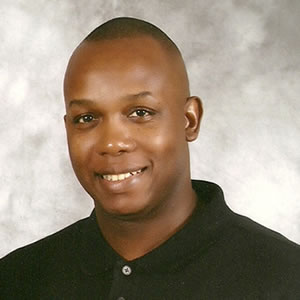 Ricky first came to Atlanta Mission in 2010 as a Counselor Intern at The Potter’s House, but he quickly demonstrated an enormous amount of talent and leadership skills. In less than 2 years, he was promoted to full-time Counselor and became a spiritual role model for the residents and staff. Ricky is a licensed and ordained minister that has served churches in Alabama, Mississippi and Georgia for over 20 years. He received his education at the University of Alabama at Birmingham and Berean School of the Bible of the Assemblies of God. As Director of Spiritual Life, some of his responsibilities include: Help Atlanta Mission place strong spiritual disciplines across the organization, serve as an organizational pastor that can help facilitate chapels, worship services and devotions, offer spiritual resources and bible study materials to staff and residents, and help organize retreats, seminars and conferences to develop spiritual life and support the lives of our families.