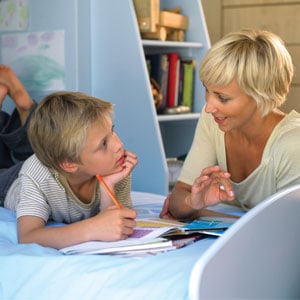 Whether done in a school yard or online, it hurts to be bullied. Paul Coughlin explains how to help a child who’s being bullied.

with Paul Coughlin
Sometimes we know what to do, but lack the courage to do it. View Show Notes →

A Faith-Based Solution to Bullying

with Paul Coughlin
Whether done in a school yard or online, it hurts to be bullied. View Show Notes →

Paul Coughlin has more than 15 years of coaching experience, including his current position as a boy’s varsity soccer coach where he was voted Coach of the Year twice. He is a father of three and is a member of the Board of Trustees for St. Mary’s School in Medford, Oregon. He is a best-selling author of eight books, including the freedom-from-bullying parent and teacher resource, Raising Bullyproof Kids. He is an international speaker who has appeared on Good Morning America, Nightline, C-SPAN, Newsweek, New York Times, and The LA Times among other media outlets. His anti-bullying curriculum is used throughout North America as well as in South Africa, Uganda, Australia, New Zealand and Brazil among other countries.